If anyone has pictures of 4160 and would like them to be displayed here in our gallery please send them to us at info@4160ltd.com. 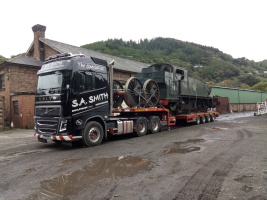 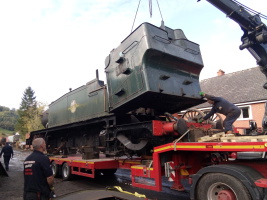 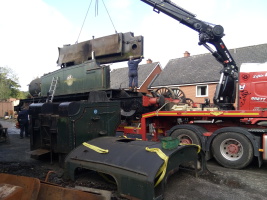 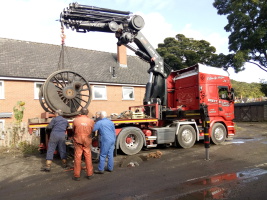 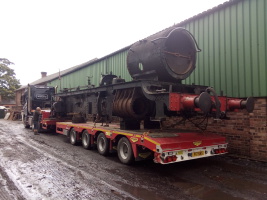 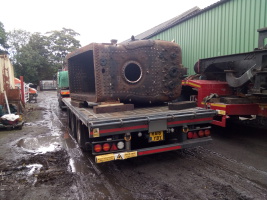 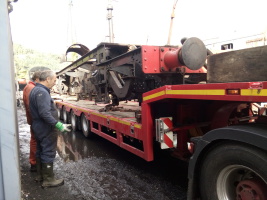 The above 7 photographs are reproduced by kind permission of Mick Prior. all taken at Llangollen

4160 ARRIVES AT  BUCKFASTLEIGHT IN SOUTH DEVON 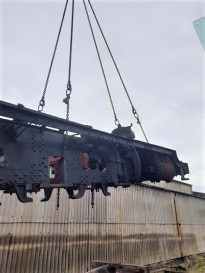 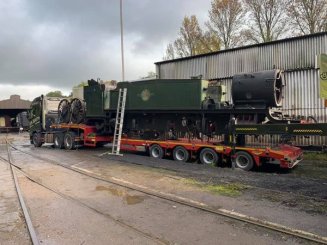 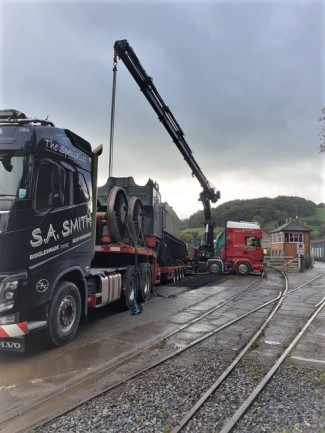 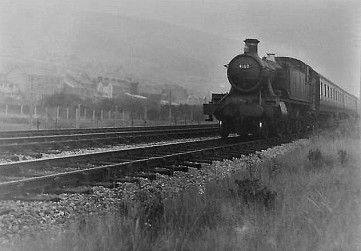 "It was taken with an old Bellows Sterling11 Camera--Wide Angle Lens.

Location--on the Taff Vale railway--4160 is steaming through Ystrad Rhondda--on a slight incline--between Llwynypia station and on the up-line to Ystrad Rhondda station. Circa 1960. Probably in January on a  misty, damp, dank gloomy day.  It is the Barry Island-Cardiff- to Treherbert hourly service probably around 15.00 hrs which is also used as the suburban commuter train service to and from Cardiff .

I took it as a youngster of about 13 yrs of age--4160 used to speed past our house pulling suburban red carriages--Treherbert to Barry Island service ---circa 1960."

Seven photgraphs below, supplied by kind permission of Mick Prior, a shareholder, showing the boiler rebuild.   Foundation ring rivited in also tubes being installed. 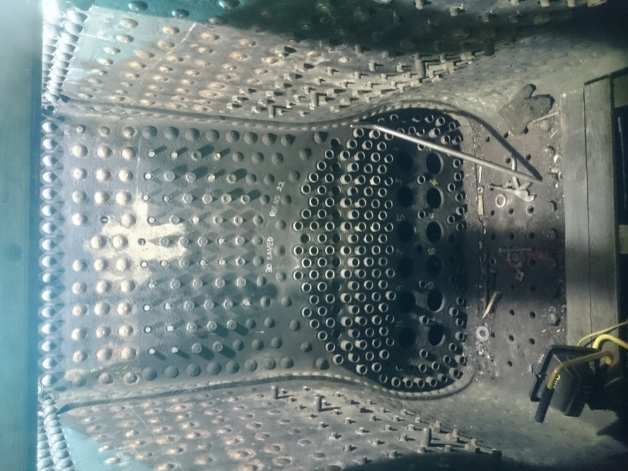 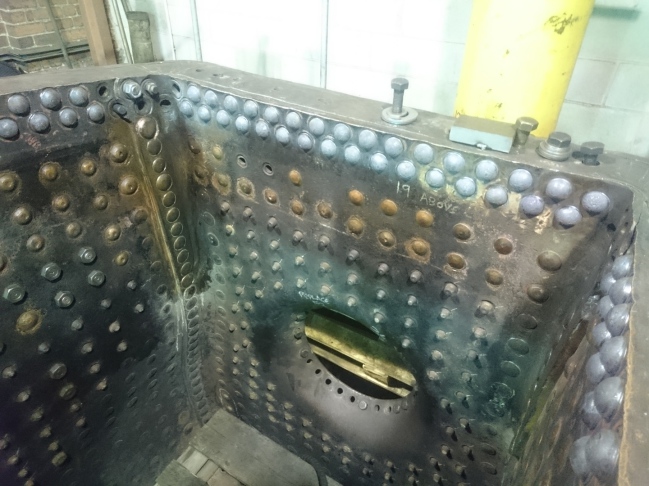 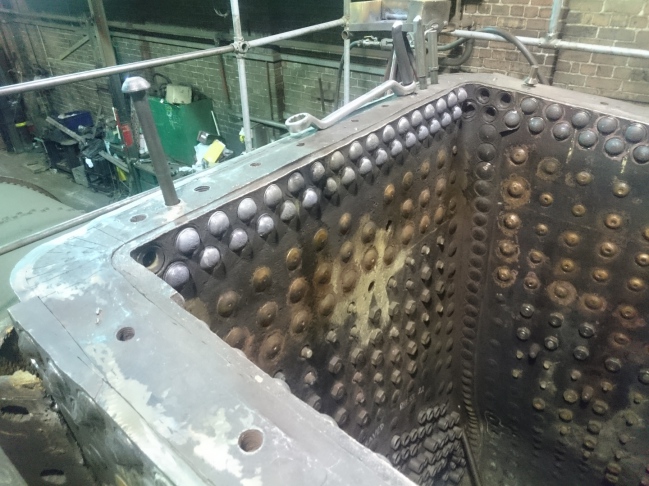 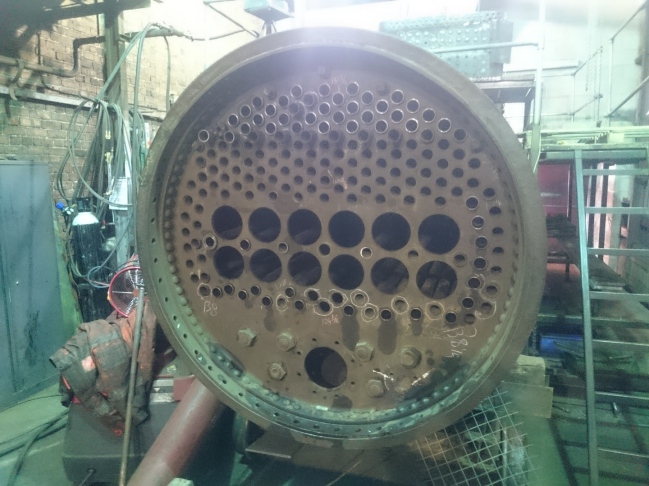 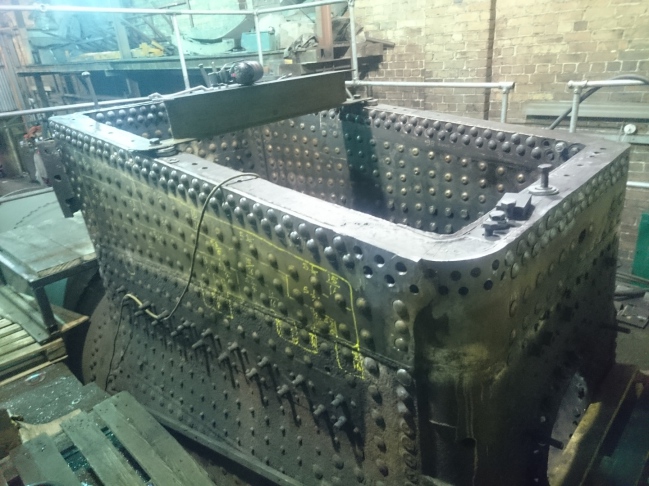 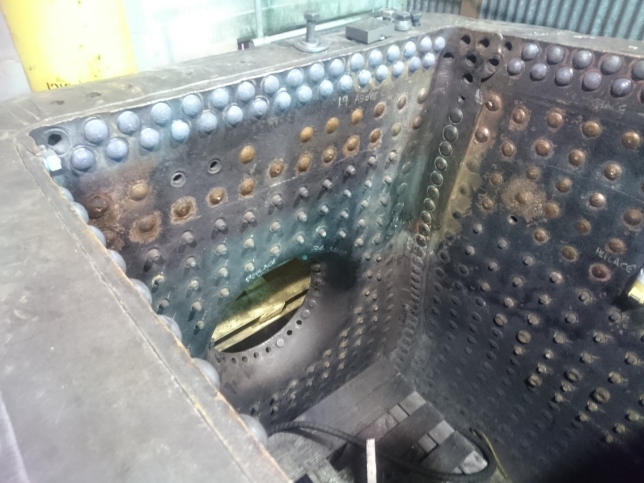 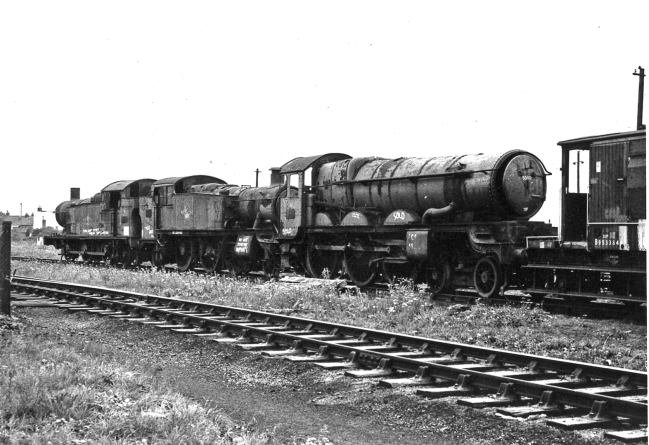 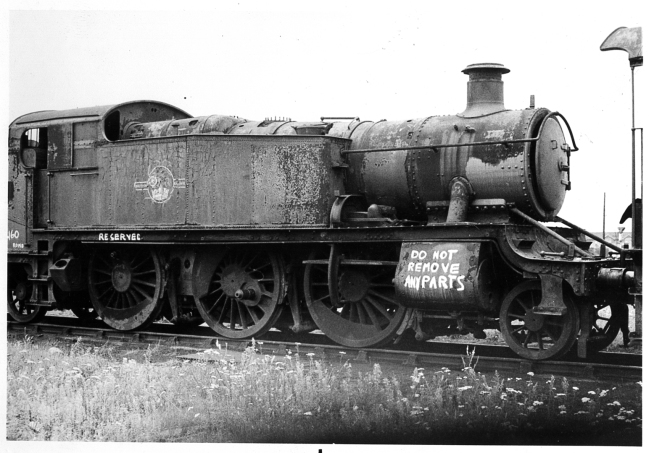 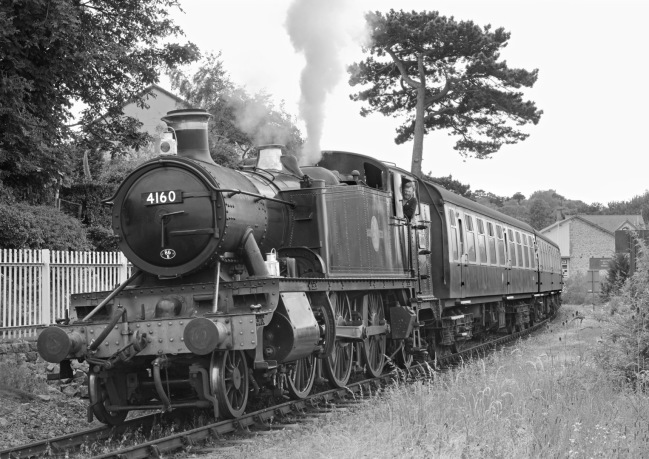 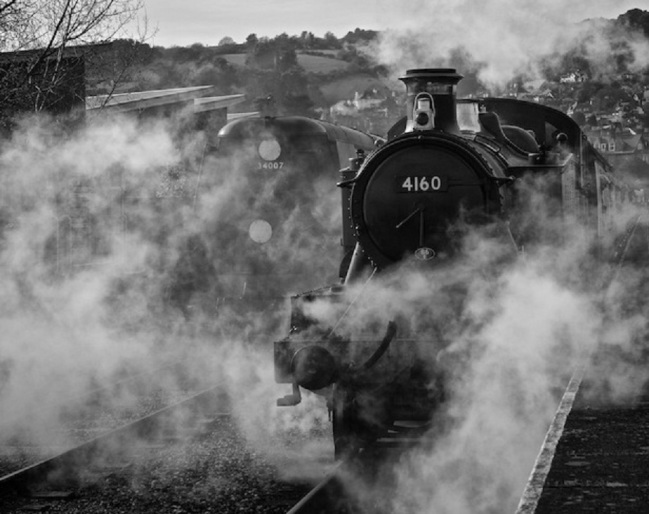 reproduced by courtsey of David Williams 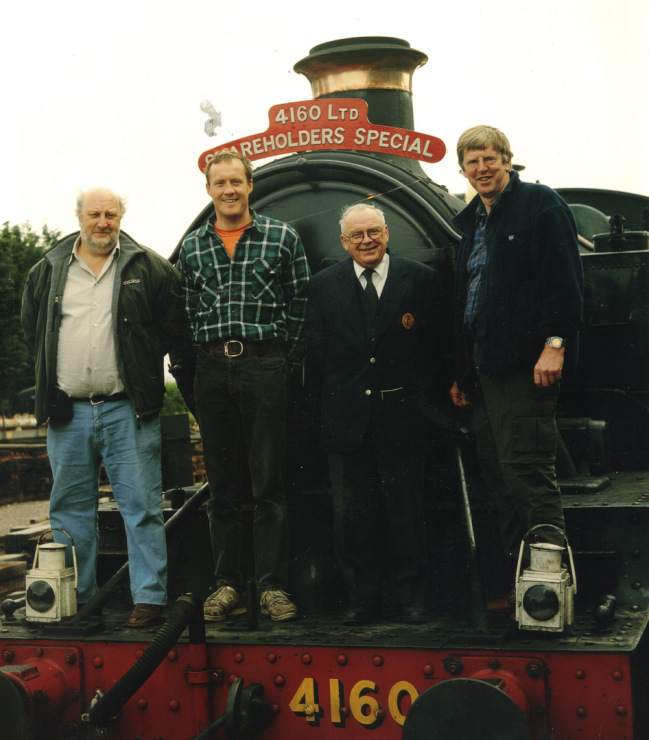 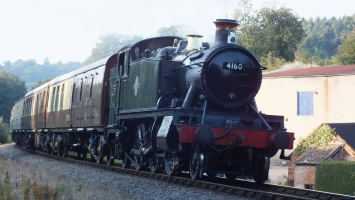 Photograph of 4160 at Roebuck Crossing 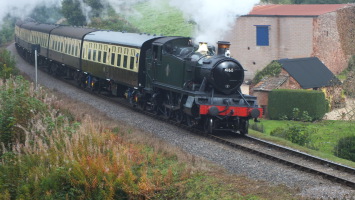 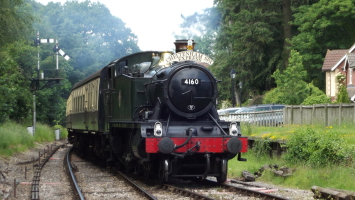 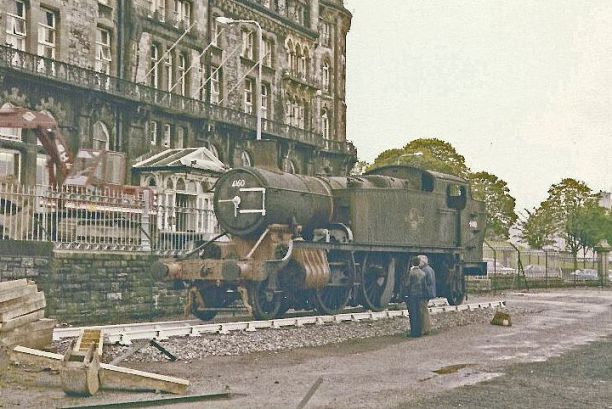 A photograph of 4160  after it was purchased by the Plym Valley railway group on the old Millbay Station site in Plymouth taken in 1981 outside the Duke of Cornwall Hotel.     4160 was put on display for publicity purposes for nearly a year  then moved to the Marsh Mills site to begin restoration.     We understand that the  Millbay Station originally had broad gauge track. 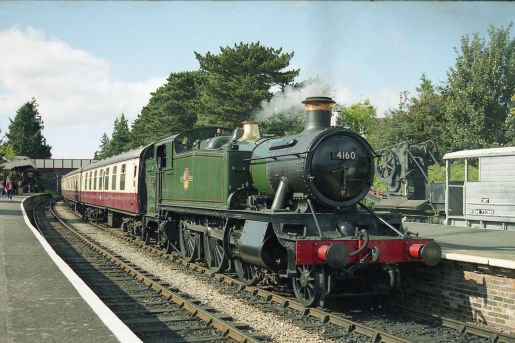 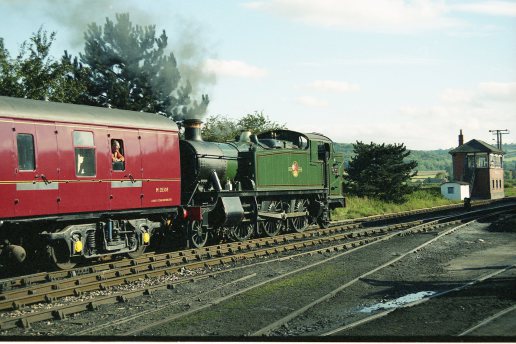 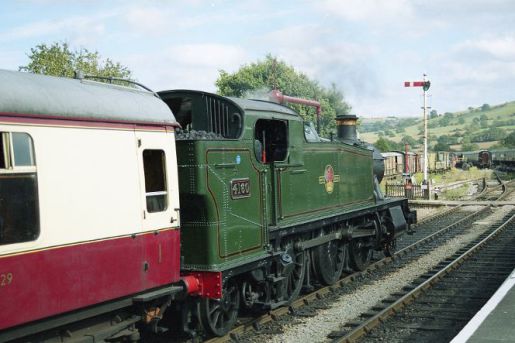 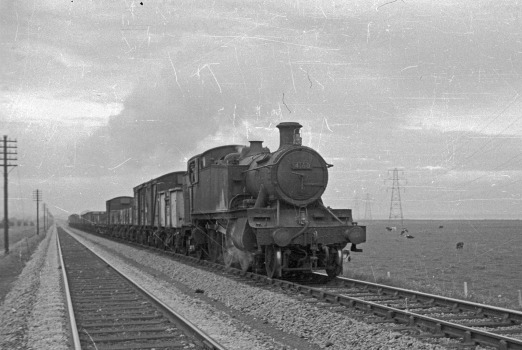